Our Spotlight Members of the week are Fischer and Hunter Pearson!!!  Fischer and Hunter are brothers, amazing baseball players, and great kids; they always give it their all in class and meet anything thrown at them by their instructors head on!  They both have seen many improvements in their strength and baseball skills since starting OSI, read about their resetting journey and what they think about Original Strength Institute and our Athletes Hour class!! 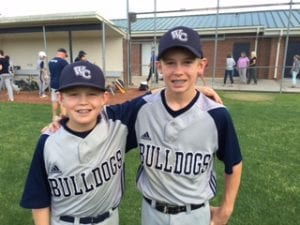 How old are you?

What’s your favorite thing to do that isn’t OSI or Baseball?

Fischer:  I love to go hunting, I’ve been going since I was 5.

Hunter:  My favorite thing to do is go fishing with my family. 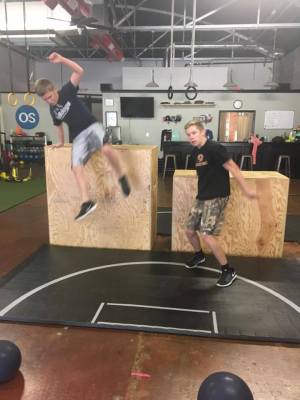 How did you hear about and what made you decide to try OSI?

Fischer:  I heard about OSI through a friend on my baseball team.  I could tell he was in great shape and he told me how he got that way.

Hunter:  One of my friends, David, told me about OSI.

What did you initially think of our form of movement and what reset felt the strangest?

Fischer:  I felt strange learning how to crawl and breath.  The crawling was actually very challenging when I tried it in all the different forms.

Hunter:  I first thought the resets were a little awkward because it was a different movement than what I’m used to.  Learning how to roll was the strangest for me. 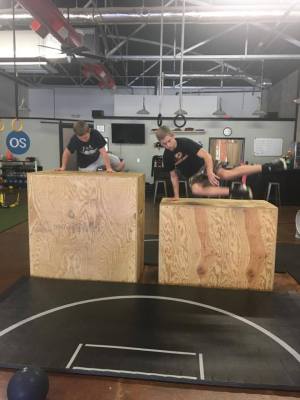 Fischer:  My favorite thing to do at OSI is climbing and jumping over the boxes.  I like these because they work on agility and upper body strength.

Hunter:  My favorite thing to do at OSI is climb ropes because I used to struggle doing it and now I can do it, it shows me that OSI is making me stronger.

How has OSI impacted your sports performance and general muscle strength?

Fischer: OSI has absolutely improved my strength and performance in baseball.

Hunter: I can hit the baseball harder and throw it farther.

What is your proudest achievement/next big goal at OSi?

Fischer:  My proudest achievement in OSI was being able to carry over 70 pounds in each hand.  Carrying a 72lb kettlebell in each hand showed me the progress I’ve made since I started.

Hunter:  My proudest achievement is being able to do a pullup and I would like to be able to do more.