June 12, 2017
"I'm headed to jitz!"
I never imagined myself saying those words.
Before coming to Original Strength Institute, I had very little experience with fitness and exercise. I mean, sure, I'd throw on a youtube video and bust out 10 minutes of Plyo and call it a day. But, that's essentially it! I would get bored and find something else to do....like Netflix! I wasn't an athlete in high school and can honestly say I had no desire to participate in any sport. Sweat is gross, right?!?!
After training at OSi for a little over a year, I started asking Coach Chris about his self-defense classes he taught at night. He spoke with such passion as he explained Brazilian Jiu-Jitsu that I just HAD to try it.
Forcing myself to actually show up for that first class was nerve-racking. So much so, it took me literally months to walk though the door. I only wish I had done it sooner.
Everyone seems to have their own personal "why" when it comes to training Brazilian Jiu-jitsu (BJJ).
Ryan Oakley (pictured left), who has been training with Coach Chris (also pictured left) for 3 years, feels that "it's a great physical outlet that allows me to mentally detach from all other stresses in the world and focus on the fight in the moment. It's impossible to worry about bills and stress when you're focused on not getting choked unconscious." 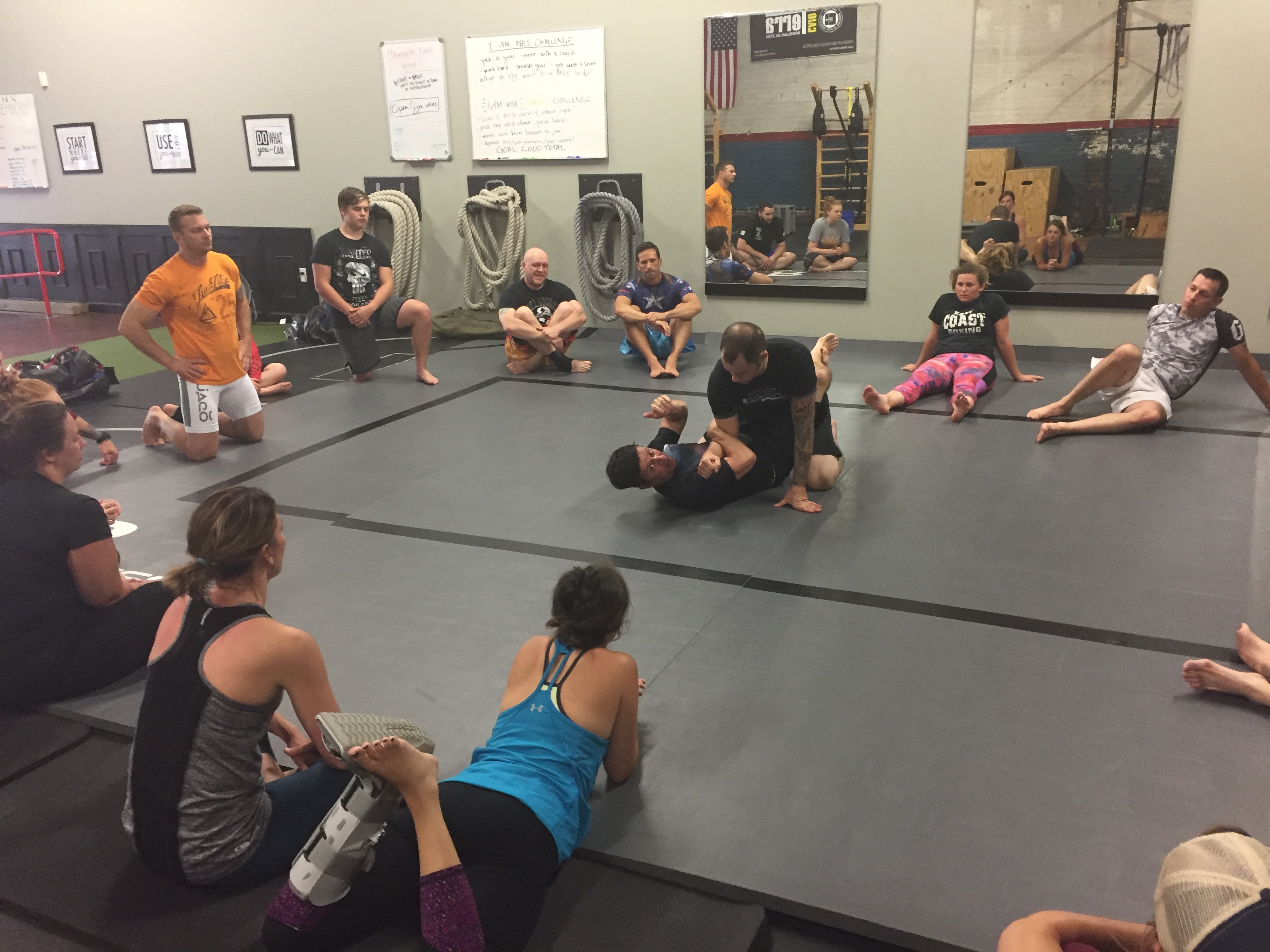 I think that is absolutely on point! When I am training and basically just trying not to die, nothing else matters. Jiu-jitsu makes everything else just go away. Being here for a few hours a week is a much needed distraction for me.
Others stick to it because of the bonds they form. Kenny Fain, who has been dedicated to BJJ for 5 years, continues the sport for the "camaraderie". Most of his "closest friends were made through blood, sweat, and tears on the mat."
I've only been training for a few months, but all of the students here at Fuquay BJJ are awesome. As a female coming into a mostly male dominant class, I've never felt uncomfortable. Even all the sweat doesn't bother me. These guys (and gals) are wonderful! They are more than happy to help explain techniques and have never made me feel stupid for asking questions! And I ask A LOT of questions (which I'm told is a good thing).
There is such a variety of ages and personalities which means there is never a dull moment in class. Brent Underwood says that he has "never found anything that is so addictive, fun, and healthy all at the same time in 40+ years."
Show up for a class or two and you'll see what he means!
Trying to nail down my "why" is just too hard. I love it for so many resons. It has made me stronger; physically and mentally. I feel like I can at least try and kick someone's ass...or more importantly, defend myself in a dark alley if I had to. I like knowing that I am not only doing something awesome for my own well-being, but also my kids. They see Mom kicking butt and it empowers them to do the same!
I want my daughter to know that being strong is cool! In our society today, body image is a big deal. Even as a 5 year-old, she already asks questions about herself and others. I want her to be healthy and have a positive self-image; and jiu-jitsu is just another way to promote that!
Being a mom is hard. Being a wife is hard. I needed something for ME. Something that was all my own. For a few hours a week I am investing in ME. Who doesn't need to decompress on a regular basis. Jiu-jitsu is my stress relief and keeps me sane in this insane, non-stop world.
I'm not sure why I felt pulled to try BJJ. I am so glad I did, though. I have never pushed myself so far out of my comfort zone as I did that first night. But I showed up! And just showing up has paid off; I'm hooked! Give it a shot. You won't regret it.
Later friends. I'm headed to jitz! 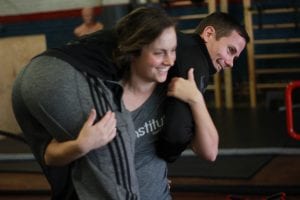 After 2 years of being a member at OS Institute, Jessie found her calling and decided to become a personal trainer and leave her career as a respiratory therapist at a local hospital.  She brings a great sense of humor and a little bit of trouble to OS Institute and you just can't help but love her.  Her passion for helping people and bringing out people's true strength is pure gold.  Jessie is available for private personal training and teaches some small group personal training sessions at OS Institute.  Learn more about OS Institute at www.os-institute.comJessie is a wife, mother of 2 strong little monkeys, and a fabulous friend.

Set up training with Jessie by emailing her at Jessie@os-institute.com.